It looks like you're new here. If you want to get involved, click one of these buttons!

Attention Jumpers!
Intel is being sent down from orbit: here's what we've been up to in July!
This month's theme is one of feedback both from bugs and about bugs! Strap in and see the hives start to react to the players dynamically and Friday broadcasts of the team playtesting recent builds.
It's Quiet... Too Quiet..
The new Hive Threat system is something our programmer Andrew has been working into the most recent build. Until now, all the gameplay has been at a predetermined pace. Only so many bugs would spawn and all levels of the hives were similar in difficulty. 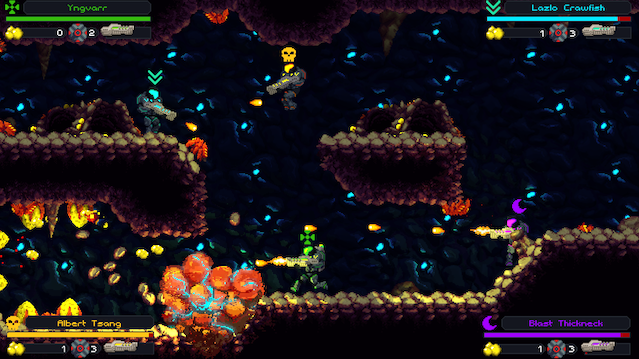 In the new system, aliens in the hive react to the actions of the players. For instance, destroying eggs and bug spawners will increase alien presence as they try to counter the Jumper threat. If Jumpers die, the aliens perceive that as a decrease in threat, and so their presence decreases. 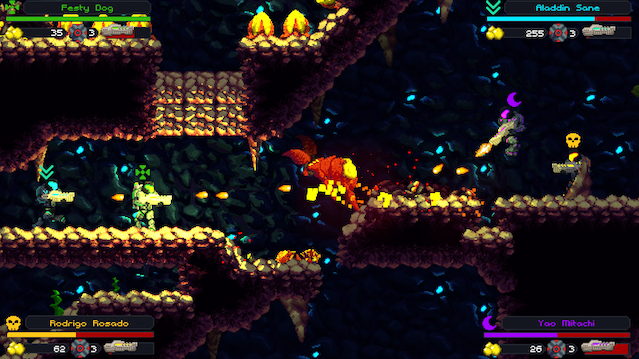 The Hive Threat system is a big step toward being able to balance the game for hives of different depths and more difficult hives as the campaign progresses. Not only will hives get harder as you go deeper in them, but their environment will also change!
Updated Lava and Ice Caverns! 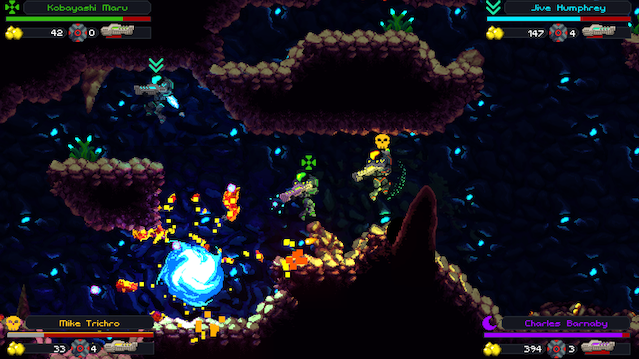 The crystal caverns within Ordovician hives are cultivated as an energy source by the aliens. The crystals within these tunnels are constructed by alien drones from the gooey bio-organic material they secrete, and serve as a power source for alien interstellar travel. 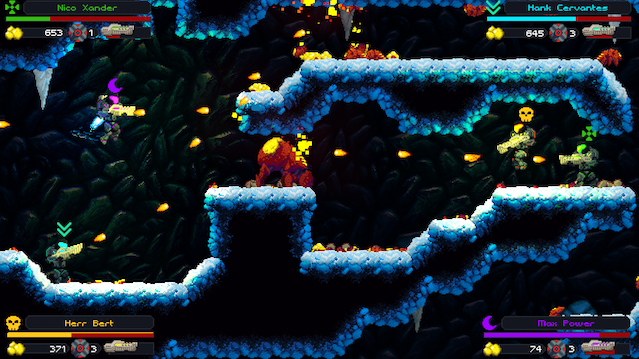 The ice caverns within Ordovician hives are used primarily for cold-storage of large quantities of unhatched alien eggs. These eggs remain in cold-storage until a swarm is called upon by the queen to colonize a new territory or defend the hive from intruders. 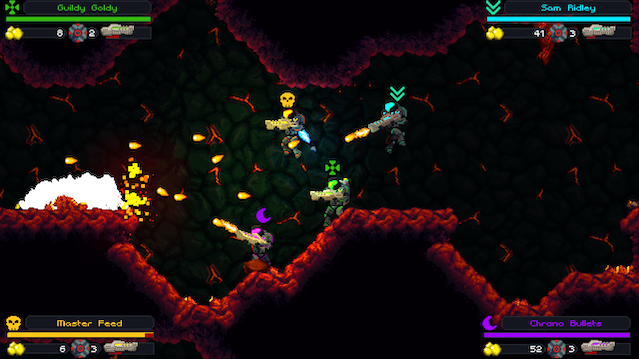 Ordovician hives make us of underground magma in three ways. These hot sections of the hive are used to quickly hatch eggs from cold-storage, to temper the carapaces and bladed claws of the warrior class, as well as ventilate the hive and keep it warm despite conditions on the planet's surface.
Friday Streams!
Whenever we have a stable build to share, we are going to be sharing it with the community via Twitch! Follow the Hive Jump Twitter and hop on the forums for announcements as to when we will host them. They're usually on Fridays at 3pm CST. Here's the video from our last broadcast! 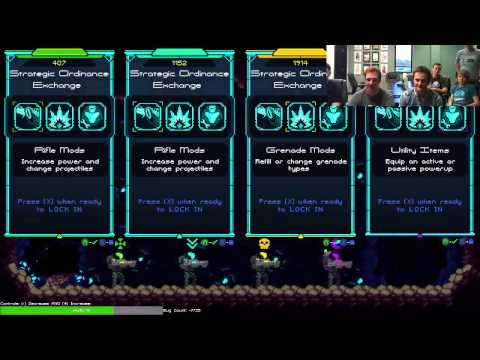 Things get a bit rowdy in the office when we discover the potential in friendly fire.
Community Forums are Public!
The Hive Jump official community forums are now open for public registration to all users!
Kickstarter Community Spotlight: XO and Nova Blitz!
Nova Blitz TCG is a project we were able to see at PAX. This real time trading card game rewards intelligence, bluffing, and quick thinking. This game turns the genre on its head with quick matches and a design driven by the community. Hop on over to their Kickstarter page and consider giving them the push they need to make the project a reality!
XO is a retro sci-fi fleet fighter incorporating two-dimensional Newtonian physics. This project has gotten a huge thumbs up from Square Enix who helped them organize their campaign. The game looks like it has a lot of potential, so follow the link and see if you're as interested as we are!